I do not know why I feel I owe my new companions anything. Aside from my life. But when they questioned my brothers affairs, I felt obliged to answer truthfully. I unlocked the Gremshin Family Lock Box 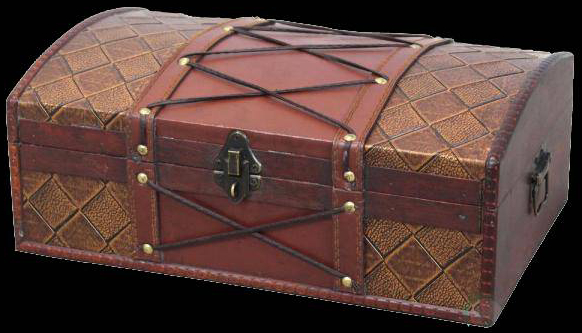 as I have in the past. I thought nothing of my father’s words of the Gremshin blood being the key, until Razvahn posed his question if just the blood itself could open the box. My mind went dark. My brothers’ blood. It was everywhere. Matchstick confirmed this theory, using blood from my own hand to unlock the lockbox without consequence. I hope my face held. Inside I quivered. Had my brothers been murdered for the contents of this box? For the missing deeds to the fishing grounds that surround the Harsh Atolls? What manner of enemy are we against? For in truth, their enemy is now mine.

The week and a half journey to Faxton has brought such a mix of feelings. I have gotten to know my traveling companions more. Well some of them more than others. Leaf is very enjoyable and has spent many an hour telling me of their tales. I wonder if he is truly engaged in my friendship or if it is only his nature as a bard. Falon I have learned is not a sage. He is a cleric by training but a more of a mystic by thought. He has spoken of many prophecies over the time of our travel. I have yet agreed to have him read my cards. Not because I doubt his ability but more that I feel his reading would carry more truth than any vender at the Beholder’s Bazaar could muster. My life feels in part in shambles and I have not the strength to hear it in the cards. Matchstick is a little more … reserved? Not really. Aloof? No that is not right either. Secretive perhaps? She is very friendly but also holds back. Which leaves me to write of Razvahn. I have noticed I am the only one to refer to him by his given name. His friends call him Raz. I feel we have reached a place that I could do so as well but also wish to distinguish myself somewhat from his friends. It sounds silly to put into words. And perhaps I presume too much. But I have lost so much. I would like something for myself and he does not seem to mind.

After the first night on the wagon, I have come to know that what I took to be chivalry was in fact something else. In truth, I do not believe he is one to take advantage. Rather, he is one who wants to have the full experience of life. He has said so himself, in passing. When I look back, I see a pattern of him taking in pleasures as they come. The way he (properly) savors a glass of Amber Essence. Or closes his eyes briefly at the first bit of a meal that is rich in flavor. Or other things I blush at the thought of writing about. He meant what he said that it would not have been fun. He did not care for the time or the day. He wanted the moment. And the ones after that.

As we approach Faxton I feel apprehensive. First, I must part from my new friends. And from Razvahn. Second, I must face my parents. Not in person but through the scrying glass. I do not know if Mother will be present. Not that it would make it easier. I hope I have the strength to question my Father as to his knowledge of the Broker. Now that I know what we face, it is not simply a matter of his business plans or the Kingdom. I fear we are all at risk of some great evil.

love the paper and the font – cool feel to this post.

Thanks! Razvahn/Optimus_Babe picked out the design and font, and wrote all these entries! I was just code monkey on this one :-)