The party engages in a game of Kill Pit at the Broken Bow Tavern in the Warf. The fight is had enough to start- the Half Orc, Bash, is powered up to compensate for the different team sizes. However, when he decides to switch to lethal mode, the party is unsettled and finds the idea of the innocent bar game taken so seriously to be distasteful in this circumstance. But, when trying to exit the game, their choices are made for them, as a small cursor in the shape of a Watcher appears, and switches all of them to lethal mode as well! 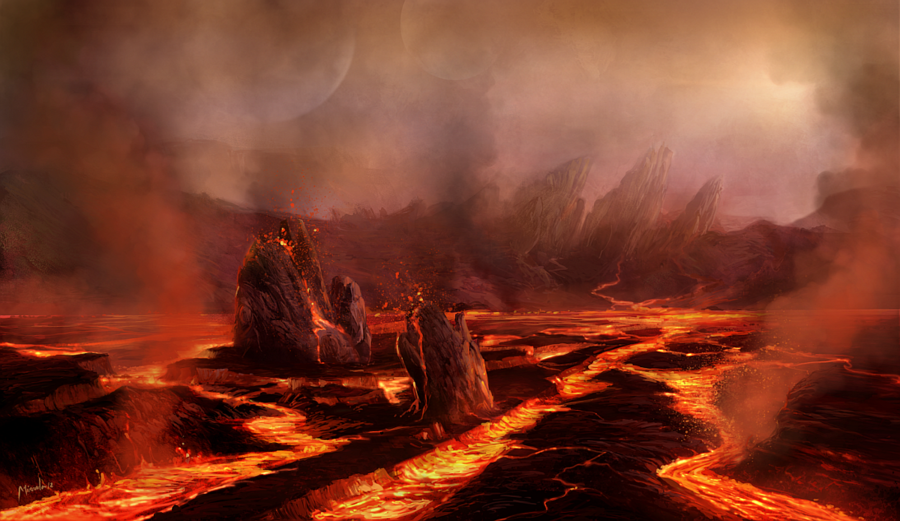 The battle battle with the tough orc over the lava pit is hard fought, but they eventually win.

As they are exiting the game, they see that there is another challenger waiting for them, and the name Crucible hovers in the rosters. They quickly exit the game and start looking for the Shaman. Bash’s friends sling him over their shoulder and carry his limp body out of the bar. Among his things, which the party gets to rightfully select from, is a ring with the insignia of The Broker. Falon, threatening severe legal action against the establishment and the poor Rune Runner that monitors the game, finds out that the Broker’s symbol has been showing up more lately in the Rune Files. But With Bash and his crew playing a lot more, it was thought that it was just part of their call sign. The party learns that Bash and his friends have been making a lot of trips to delve beneath the city into the dungeons lately, and decide to find them to hopefully get some information about the attack on the Rail.