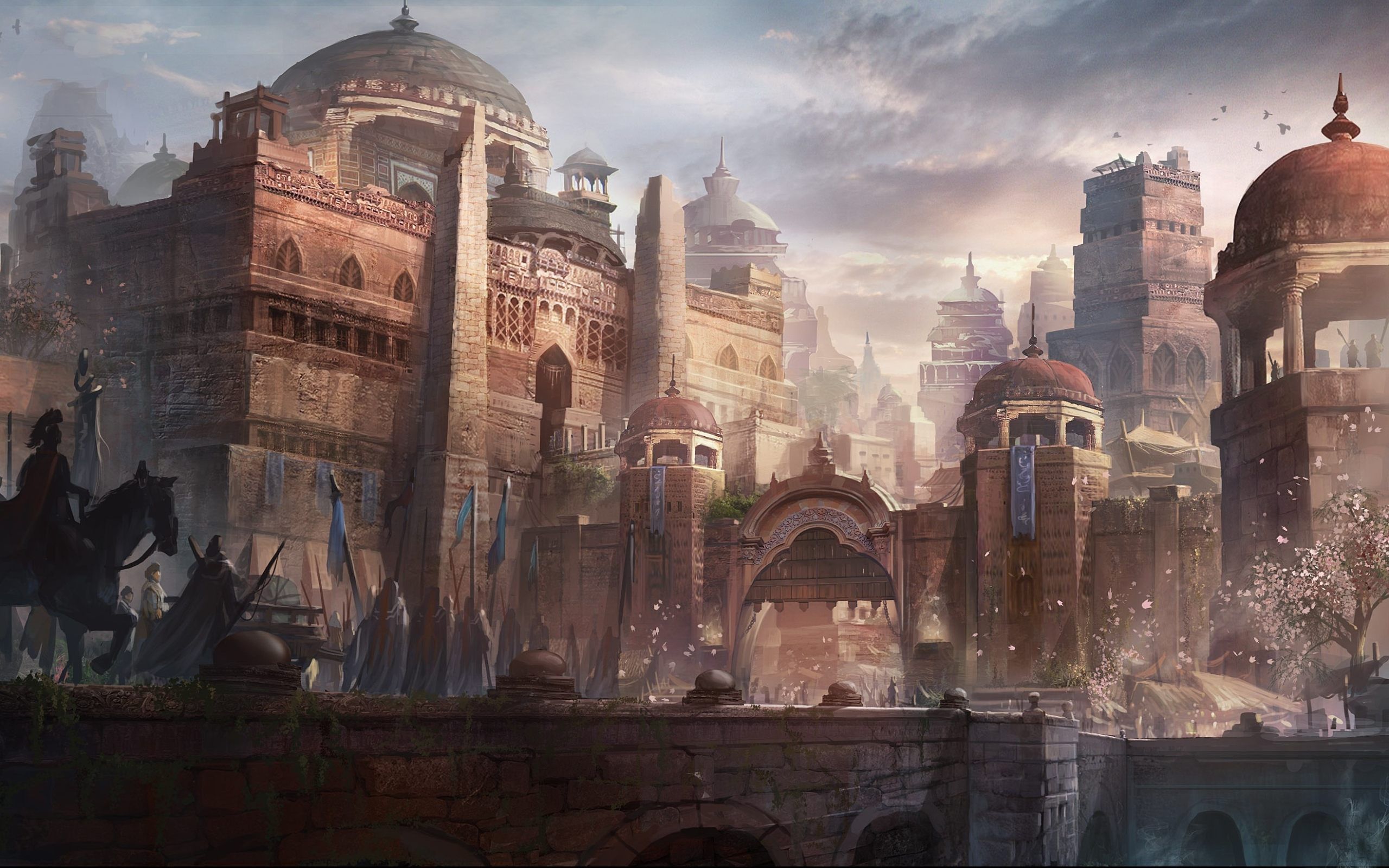 A large trading port city in the south of the Drake Fire Kingdom. The lore books say that it was originally been founded by a group of adventurers who slew a mighty Beholder in the deep cave system that runs down all the way into the Underdark beneath the city. With the wealth of the monster’s horde, they were able to build the area into a prominent and busy trade port. It is ruled by various merchant guilds, with a deeply influential chapter of the Honorable Merchants Guild pulling many strings. The city teams with vendors and merchants all year, so Faxton Shops are well stocked and varied.

Being built into a cliff side on the waterfront of Wyrm Bay, the architecture is a defining feature of the city’s character. Faxton proper has three main areas. The Upper Lands, commonly just called “Upper”, are the districts on the land and upper cliffs edge of the city. This area consists of the bulk of the shops, inns, and service providers in the city. Because this is the most common entrance to the city, it where most public and quick trade takes place. The permenant residences and housing here ranges from poorer in the outer edges of the city, to moderately wealthy.

The second level, called the “Interior” are the shops, offices, and small estates, built into the cliff side and exte ding into the bedrock itself. Those merchants rich enough to afford space on the Interior often have the finest wares and some of the most specialized services. This is also where the city council has its main offices and meeting halls. Space in the Interior is always at a premium, so those families and individuals who can afford actual residencies there are among some of the most affluent people of society.

The lower part of the city has grown more and more over the years. Now just called the “Wharf”, this floating 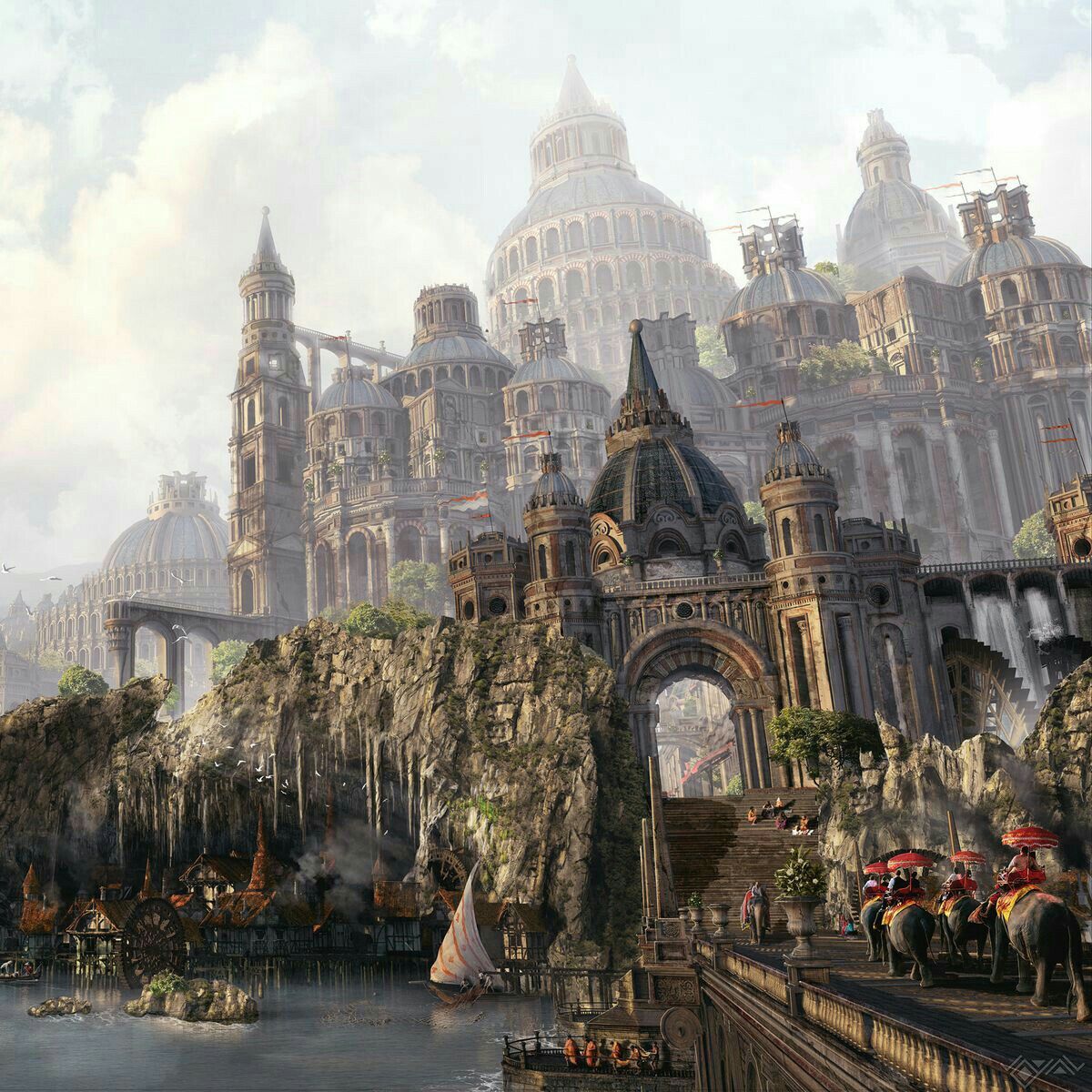 network of docks, peers, and barges, extends far out into the bay. This is usually were more of the industrial and hands on trade takes place. It is unclear how many people actually live in the Warf. The size of it changes depending on the fishing seasons as well as during the Beholder’s Bazaar. While there are permanent homes on long stilts extending down to the bottom of the bay itself, the majority of permanent residents live on house boats and other small barges.

Movement thru the city can be made several ways. Floating platforms of all sizes can be hired to carry you and your wares to and thru the different levels. Stair and passages are of course available, but foot traffic during the Beholder’s Bazaar can slow any adventurer down.

If adventurers are brave enough, they can also gain access to the lower depths of the city and travel down toward the Underdark. Permission must be granted by the Explorers Committee of Faxton, and travel in and out has been limited to only one regulated and monitored entrancement in the Interior. Permission is generally granted freely, but the City likes to be aware of who is plunging the depths, and to be on alert for trouble should they stir up anything that could endanger the city. There are rumors of other ways in, but the City Officials have not found them yet….. 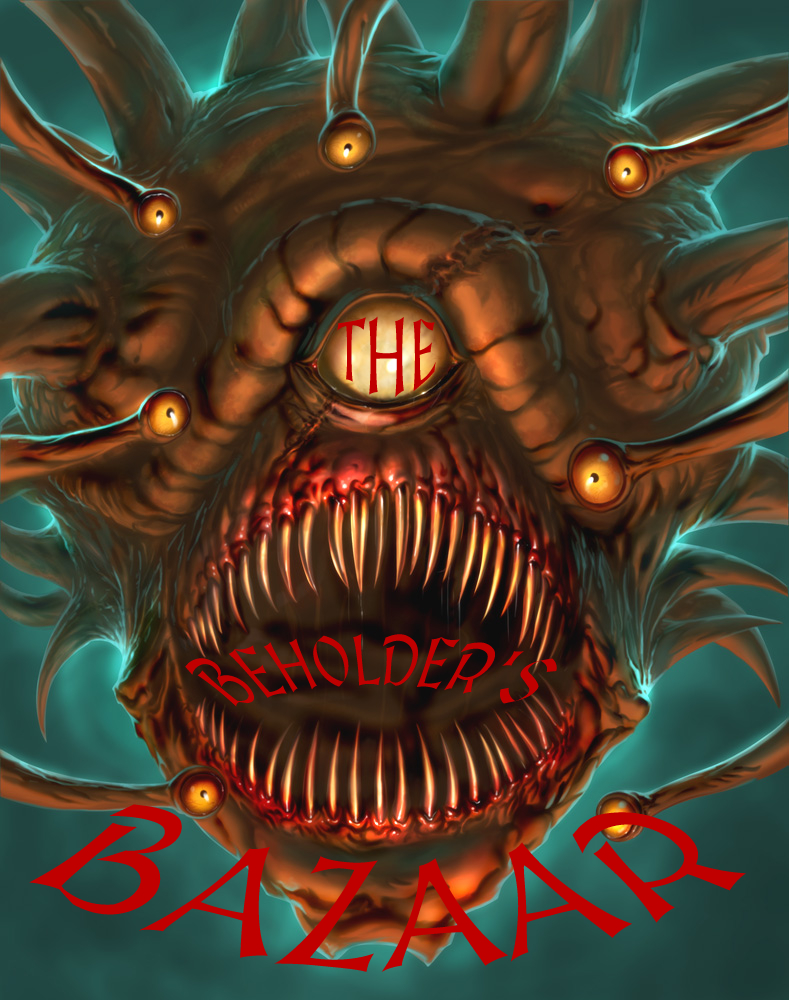 Every year the city hosts the 2 week long Beholder’s Bazaar. This has made the city not only one of the most valuable cities to the Drake Fire Kingdom’s economy, but one of the most wealthy cities in Arnëa.